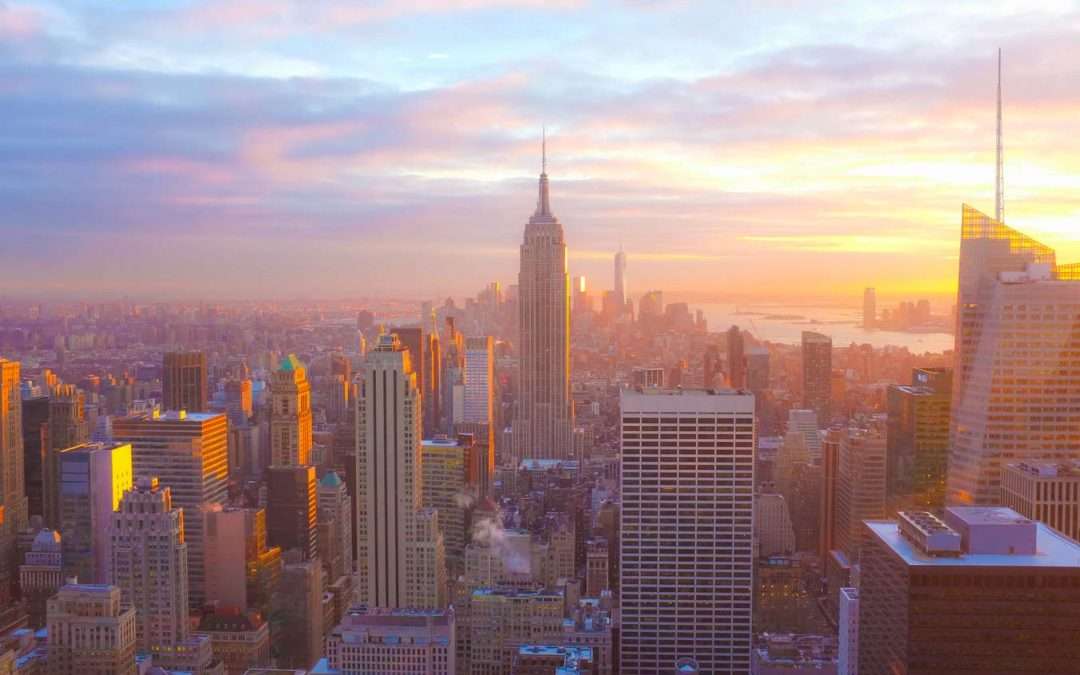 Here at BST Vacations we are passionate about
travel! We eat, sleep, and breathe travel and will talk about it with
anyone who will listen.

While we all love travel, normally our favourite destinations and
places to stay are as individual as we are. There is only one place we
all agree on…….a place where we think everyone should visit at least
once in their lives……New York City!

We asked our agents to share with us their top picks for places to
see and things to do when visiting the Big Apple. From their responses
we have compiled this handy dandy list for your perusal.

The Met presents over 5,000 years of art spanning all cultures and
time periods. The Met is huge but you will never see a collection like
this anywhere else. Since the Museum opened its doors to the public in
its current location in Central Park in 1880, its footprint has expanded
to cover more than two million square feet. Because of its size you
will need to plan your visit. Thankfully the Met has some great maps and
tools on their website to help.

Times Square is one of the most popular commercial intersections in the world! More than a third of a million people pass through iconic Times Square NYC every day. It is know for its neon signs & giant billboards, along with Broadway Shows, great food, and entertainment. This is also where the New Years Eve ball drops every year (and most recently where Mariah Carey gave her ‘memorable’ New Year’s Eve performance). Times Square has been featured so much in television and movies – even if you’ve never been there before – you will recognize it.   It is a fabulous place to people watch and you never know what you will see. There is also a discount ticket booth in the heart of the square where you can choose from a wide array of Broadway/Off Broadway shows at 20% – 50% off regular prices for same day performances.

Central Park is one of the loveliest parts of NYC. It is an oasis
within the city. It is very peaceful and has a number of iconic sites
from television and movies. Here you can see the ‘Friends Fountain’,
Bethesda Terrace with the famous Bethesda Fountain, The Mall (a.k.a. the
Promenade), the Wollmann Skating Rink, and the view of the famous 19
storey Plaza Hotel. Central Park is lovely to walk through but is quite
large. A nice way to see the sights is to hire a horse drawn carriage.
For John Lennon fans – you can visit Strawberry Fields, an area
dedicated to John Lennon after his death. This area serves as a tribute
to John. Also from this side of the Park you can see the Dakota – the
building where John and Yoko lived (and Yoko continues to live).

4. Seeing NYC from the sky

Both the Empire State Building and Top of the Rock (Rockefeller
Center) have phenomenal views of the city. You really can’t go wrong
with either one but each has their own benefits. The Empire State
Building is one of the most recognizable buildings and is a symbol for
New York City. The views of the city are spectacular and the building is
higher than any other observation deck at about 1200 feet. Typically
the lines are longer here, but it is totally worth the wait. Late hours
also offer tourists the opportunity to view stunning sunsets and see the
city come alive at night. Additionally, premium tickets are available
for purchase so you are able to cut the line.

Top of the Rock has a spectacular view and though not as tall as the
Empire State Building, it has a view of Central park that cannot be
matched. It also gives a great view of the Empire State Building.
Rockefeller Center is where many popular shows are taped (SNL, Jimmy
Fallon, etc.), and there is an NBC Studio Tour you can take
where you see the sets for various shows. There are lots of places to
shop nearby and depending on time of year, you can rent skates and try
out the iconic ice rink in front of Rockefeller Center.

The National September 11 Memorial & Museum, located at the World
Trade Center, honors the 2,983 people killed in the attacks of
September 11, 2001 and 6 killed on February 26, 1993. The Memorial
consists of two reflecting pools set in the footprints of the Twin
Towers and a plaza of trees, including the Survivor Tree. The Museum
tells the story of the events of 9/11 through artifacts that range in
scale from the monumental to the intimate, while presenting stories of
loss, compassion, reckoning and recovery. This is an event in history
that none of us will forget and it can be quite emotional and
overwhelming to see in person.

Once a railroad track carrying freight trains, this elevated space –
running from Gansevoort Street in the Meatpacking District to West 34th
Street – has been transformed into a wonderful retreat from the hubbub
of the city. It is a long, landscaped ‘walking park’ with plants,
curving walkways, picnic tables and benches, public art installations,
and views of the Hudson River and the Manhattan skyline.

7. Seeing the NYC Skyline by sea

Another great way to take in the New York City Skyline is from the
water. There are a few companies that offer various cruises with
different things included depending on what you are interested in seeing
(Statue of Liberty, Ellis Island, NYC Skyline, etc.). They do a
fantastic job and it is definitely a highlight to actually climb the
interior of Lady Liberty and to visit Ellis Island. If you are satisfied
to view landmarks from the water, one of our favourite ways to do this
is on the Staten Island Ferry. The Staten Island Ferry is one of the
last remaining vestiges of an entire ferry system in New York City that
transported people between Manhattan and its future boroughs long before
any bridges were built. It has a great view of the skyline and best of
all the Staten Island Ferry is FREE!!

8. Attending a taping of Live with Kelly when your nephew is the co-host!

Many of you know that this fall, Scott & Dana’s (two of the owners of
our business) nephew Richard Curtis competed in a contest to win the
opportunity to co-host with Kelly Ripa on Live with Kelly for the day.
He blew away the competition and not only co-hosted for the day, but has
been invited back to co-host 5 additional shows. We thank everyone who
has been rooting for him and showing him love on social media. Media
sites have been buzzing about the possibility of him being seriously
considered as permanent co-host….here’s hoping! Dana and Alyson (Scott’s
wife) were lucky enough to be able to attend one of the shows he was
co-hosting in November.

9. The FOOD & walking through the neighbourhoods

The food in New York City is incredible. Where else
can you find so many different cuisines from around the world in one
place?! New York City is also a very walkable city, and in my opinion
this is the BEST way to see it. I always make sure to bring a good pair
of running shoes and will start at the bottom of Manhattan (Battery
Park) and work my way up through the neighbourhoods. I use this as an
opportunity to sample different foods that NYC is known for. You do have
to detour a little bit to hit the some of the neighbourhoods, but it’s a
good way to work off some calories
Some of my favourite past stops that won’t break the bank have been for
pizza in the West Village (John’s of Bleecker Street is SO SO
good….they still use coal fired ovens and have been in biz since 1929),
dumplings in Chinatown (my personal fave is Tasty Dumpling….seriously
the best I’ve ever had), and corned beef/pastrami sandwiches in
Greenwich Village (Katz’s Deli is amazing and has been in business since
1888…..ALSO where the famous ‘When Harry met Sally’ scene was filmed).

The Brooklyn Bridge is beautiful any time of day, but sunset in
particular is gorgeous. Here you can take in views of Brooklyn,
Manhattan, and the Statue of Liberty while watching the lights of the
city come on. To get across the bridge you are looking at about 45
minutes per direction at a moderate pace.  It can get a bit breezy so
bring a jacket. Look for the large collection of ‘love locks’ near the
Manhattan Tower of the bridge! Couples leave padlocks on the bridge and
throw the keys into the river as a show of everlasting love.